And so it begins. Starting to plan electrickery

The question is, do I do the magic myself, or buy a big shiny box that does it all for me.

Have I forgotten anything?

No right or wrong way.

Your system looks fine, I noticed the dotted line were you separated 12v and 240, it looks good.

Personally, I much prefer a system that allows me to remove and replace any individual unit in case of a problem or a later upgrade (maybe this is what you have in mind looking at your drawing?). Some systems are just not flexible enough should things goes wrong. But consider what display unit you may add to read water tank levels and battery levels etc. Consider push button controls on a display panel for easy on/off control. I looked at a few but found the CBE system gave me a lot of flexibility and also control.

2000W inverter. This looks fine if you plan to use a few 240 appliances. But the bigger the inverter the more power it will consume on standby even when it’s not being used. I run everything I need using a Victron 1000w max Pure Sinewave inverter (800w continuous) it has a power saving feature which means it can be left switched on permanently with almost no drain on the battery. ( some devices like laptops and mobile phones won’t charge without Pure Sinewave).

Thanks.
The thing i need to get my head round is how to switch over and divert between inverter and hookup, and how to feed power back from hookup to trickle charge both SB and LB if required, although solar may provide enough.
I put magic there, as that is the brains of the system. Either a magic black box, or my own set of separate incantations.

There will be many incarnations of this, hence doing it in draw.io

mrmoosehead said:
Thanks.
The thing i need to get my head round is how to switch over and divert between inverter and hookup, and how to feed power back from hookup to trickle charge both SB and LB if required, although solar may provide enough.
I put magic there, as that is the brains of the system. Either a magic black box, or my own set of separate incantations.

There will be many incarnations of this, hence doing it in draw.io
Click to expand...

Switching from Inverter to Mains:
There are a couple of ways that I know of.

HTronic MPC100: The German automated unit detects current and does all the work for you but costs a lot more.

I used a Manual Rotary Switch which means that the Inverter or 240 Hook Up feeds all my 240 plug sockets yet its impossible for both to use the same circuit at the same time. Its a simple rotatory switch. 0 = Off, 1 = 240 Mains, 2 = 240 Inverter, 3= Spare. I can flick from 240 hook-up to Inverter but as soon as I do, one goes off and the other goes live. Its simple to wire and cheap to buy.

This came with a Trickle Charger and a Control Box. I simply turn the Trickle Charger on (when on hook-up) the CBE controller gives priority to the Leisure Batteries charging them first and then any left over power is sent to the Vehicle Battery.

If you look at the images below you will see the Rotary Change-Over Switch (left of centre)- the CBE Control Unit (centre) and the Trickle Charger (on the right).

Get yourself a simple test-plug. Especially useful if you go to France as they can reverse the polarity

The CBE Panel below detects and shows if the vehicle (alternator) is powering the B2B Unit (good to know). If the B2B should fail then a light stays on when the engine is switched off (normally its illuminated with the engine running). Another indicator also illuminates when you are charging via hook-up or mains.

It will allow you to turn off power when you leave the vehicle for a few hours yet it will keep things like the refrigerator running. I can turn the water pump on or off at the press of a button, or all my lights with one press. Grey and Fresh Water levels are displayed as well as Engine and Leisure Battery levels

£340 for the full kit including 240 Mains Unit, Control Unit, Display Unit even a built-in split charger relay (but I disabled mine and used a B2B Charger, CBE show how to do this- its one snip of a wire which is easy)

These work well , and can be wired to give priority , or not change over , or full auto . 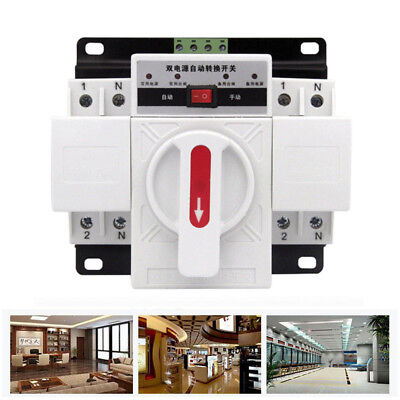 OK. Trying to make sense of what needs joining to what.
My main issue, is do I need to be manually switching over sources - e.g. if I am on shore power, and charging the battery, then do I need to be making sure the inverter is disabled - I can see all sorts of loops happening.
I read that some people have the fridge only on when the engine is running. But if I have solar / shore power, then that doesn't make sense, so manual operation seems the way forward.
Do the outputs from the MPPV just hook straight onto the 12V grid, and the battery will charge if given power - that doesn't sound right to me.
I'm assuming that most of the components will come with all the necessary intelligence to do the right thing, but short of reading the manual for every component, I've yet to make sense of the whole system.
There appear to be so many different ways of doing this, my head hurts.

Keep all you bits as separate, so if one goes down other still work, why such a big inverter as you will require one massif power bank to use, apart from a fridge i cannot see the point, a 600w nikkia soft start smart will power it no bother.

Inverter size is somewhat irrelevant in my conundrums, but point taken.

egg-fried-rice said:
Looking good. An extra fuse between battery and mppt controller? Someone recommended using a fuse either side of the mppt controller.
Click to expand...